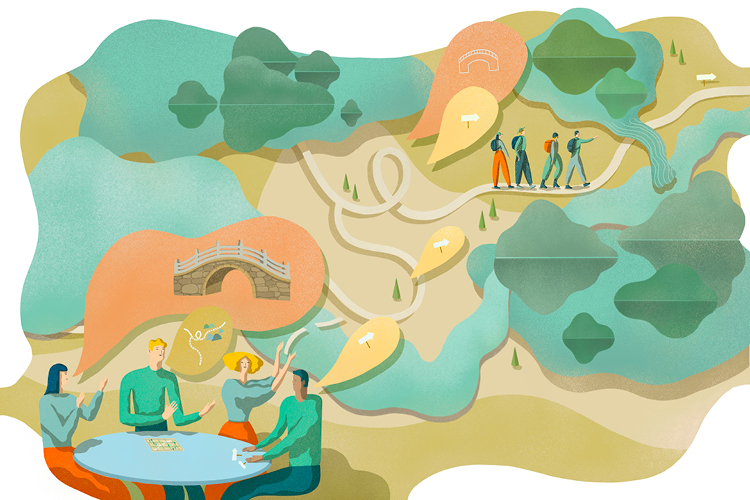 Permission to be yourself

Do you want to share your thoughts and even the craziest ideas with your team? Do you feel like you are an important part of your work community and your involvement is essential? Congratulations, you probably work in a psychologically safe workplace.

I’m looking forward to a team meeting, even though my day is really busy. It’s nice to be able to share a few new ideas with the team and hear what others have come up with. Kalle, who takes part in the meeting remotely, is also actively involved in the discussion.

At the beginning of the meeting, our team leader Minna asks us what things we feel we have succeeded in this week and whether we have faced any challenges. I tell them about a mistake I made that I quickly corrected in agreement with the customer. Together, we ponder whether such a mistake could be avoided in the future, and we decide to make it a habit to cross-check each other’s orders.

There is psychological safety in a team like the one described: everyone can be themselves, and you don’t even have to hide mistakes. This group dares to bring out even unfinished ideas. You can show your vulnerability and ask for help.

It is okay to be uncertain at times.

A skilled supervisor regularly asks which issues the team members have succeeded in and which cause concern to encourage people to bring important issues to the fore.

”At the same time, we can set as a default that you are also allowed to make mistakes,” says Kirsi Yli-Kaitala, Senior Specialist at the Finnish Institute of Occupational Health. 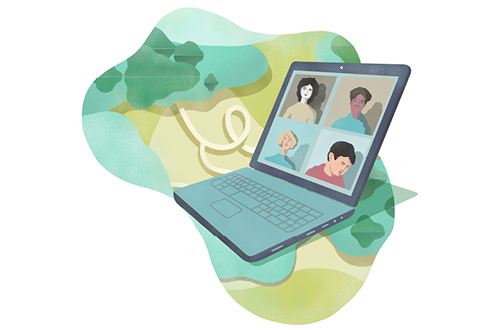 When difficult experiences and their causes are shared and considered together, it is possible to find ways to do things in another way, perhaps even a better way. In order to strengthen psychological safety in the work community, it is also important to talk about the fact that it is okay to be uncertain at times.

”Of course, we also talk about successes, but it is important to talk about failures and give both instructive and positive feedback. This means asking, discussing, listening actively, and allowing time for interaction,” says Occupational Health Psychologist Nina Lyytinen.

Psychological safety and the role of the supervisor

Amy Edmondson, a pioneer in psychological safety research, is an American researcher in leadership, teamwork and organisational learning. When studying a hospital environment, she has noticed that patient safety also improves in a positive work community.

The same conclusion can be drawn from any company or organisation: psychological safety is linked to operational efficiency, good results, and successful performance. We also have to have the courage to take risks to develop something new.

”A successful organisation has psychological safety because it dares and wants to share things and learn from others. People can come to work as themselves without fear of being embarrassed. They can feel part of the community,” Nina Lyytinen says.

The role of the supervisor is important in creating an open atmosphere. They have the position and opportunity to involve everyone and value everyone’s thoughts. A supervisor can lead by example and show that people learn from others every day and even dare to express their lack of competence.

”In today’s expert organisation, employees often know more than supervisors, who should demonstrate their willingness to learn from their employees and accept that one can’t know everything. Management must also have the courage to talk about their own weaknesses, so employees can also do so,” says Nina Lyytinen.

The opposite of psychological safety is the fearful atmosphere in which community members believe they face contempt and silence. They feel insecure and that they are constantly asking stupid questions or presenting useless ideas.

I sit with my colleagues at a customer meeting. Usually, things have been discussed casually and positively within the team and so that everyone’s ideas are being discussed. As the meeting progresses, I’m starting to feel like I don’t want to open my mouth anymore. A new member of my team is trying to boost their status by panning all my ideas. I don’t want the customer to see the friction, so I’m turning quieter and quieter.

”If the conversation fades and people in the meeting quieten down and no longer want to bring out their own ideas, psychological safety is likely to have been compromised,” Lyytinen says.

A behaviour in a cooperation situation affects the group dynamics.

Employees also play an essential role in creating an environment of psychological safety. Therefore, it should be possible to tackle the previous kind of delicate situation through discussion.

”Everyone should think about how their behaviour in a cooperation situation affects the group dynamics. For example, do you have a competitive attitude? Do you respect different opinions or challenge them in a disrespectful and degrading way?” Kirsi Yli-Kaitala says.

In an organisational change situation, there is a real need to support psychological safety. The changes can be small or large, but even a positive change always creates some kind of uncertainty.

”A successful change requires that the ideas and experiences of all those involved are heard. Changes progress through experimentation. Without psychological safety, a person may be paralysed by fear of making the wrong decisions, if there are no new operating models in place yet,” says Olli Viljanen, Organisational Development Consultant at Humap.

Viljanen facilitates discussions and thinking in corporate change processes. He has noticed that psychological safety has already become a prominent theme in business, and its importance has been recognised. However, practical implementation still requires a lot of practice and internalisation.

Learning is more important than success.

If people get tired during the change processes, a multi-voiced discussion could die down, and only the voices of the old hands or the supervisors and management can be heard anymore. Such an atmosphere is called apparent harmony.

According to Viljanen, recognising uncertainty would be significant in a change process: we are now in a new situation, and there is not just one way to move forward.

”It is important to emphasise for the whole work community that learning is more important than success. In this way, it would also be easier to accept failure. People should be invited to take part by posing questions and thanking everyone for participating in the discussion,” Viljanen says.

In most workplaces, the COVID-19 period has brought about big changes, but now we are returning back to normal – and again, there is a change ahead: the COVID-19 exit. What would be the best ways to work now and in the future?

We have long lived in a changing world, where even the continuation of work has been uncertain for many. What is needed now is care and helpful leadership that shows a special interest in human well-being, says Kirsi Yli-Kaitala.

”It is important to listen to the experiences of the work community and ask people how they want to work. In the discussions, we must accept differences and take into account not only productivity but also well-being at work,” Olli Viljanen says.

It is important to ensure that everyone’s voice is heard.

It is possible to create a safe culture also in a hybrid model that combines remote and on-site work by remembering the basics of interaction, that is, that everyone knows what is expected of them and what they are doing. A remote worker must also be offered help and feedback.

”Remote work is suitable for one person, and on-site work suits another better, and it is also good to discuss that. However, it is important to ensure that everyone’s voice is heard – including those who take part remotely on their laptops and computers,” says Nina Lyytinen.

The school: ”I can bring out the challenges of work safely.”

The infrastructure construction: ”Attitudes have changed a lot.”